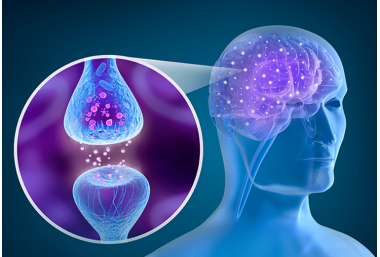 How CBD affects the endocannabinoid system.

CBD is becoming a commonly used term, and that’s a good thing! And while people may be familiar with the effects CBD, the science of how CBD interacts with the human body is a much more complex topic that many don’t understand.

Part of that is because the amount of research on CBD and the human body is very preliminary. Although a search on PubMed for the term “cannabinoid” yields 21,250 hits (and that may seem like a lot), scientists are calling for more extensive, wider-range, large-scale studies. One of the biggest barriers to research in the U.S. is the FDA’s classification of cannabis as a Schedule 1 substance, deeming it to have no medicinal value. This makes access to this plant for a federally approved study very difficult.

Regardless of these issues, the international scientific community has made significant discoveries with respect to the human body and how it interacts with cannabis. One of the most important discoveries came to light in the 90s- the existence of a physiological system present in humans (and mammals) called the endocannabinoid system. From now on we will refer to it as the EC system, just to shorten it.

The two primary receptors in this system (that have been discovered so far) are CB1 and CB2. CB1 receptors are mostly found in the brain and nervous system, while CB2 is more present in the immune system. Both receptors are present at intersections of the body’s systems, which may point to how CBD and THC can have so many different effects on the body. THC, the psychoactive compound in cannabis, binds to CB1 receptors, and is that is the mechanism through which a user gets the “high” feeling from cannabis.

So, how does CBD work with these receptors? It’s a bit more nuanced than the direct way THC connects to CB1 receptors. CBD actually does not bind to either receptor. CBD prevents the activation of the CB1 and CB2 receptors by other cannabinoids and endocannabinoids. That is why CBD can help mitigate the effects of THC on the body.

At this point, you might be thinking, “well ok, CBD can stop someone from getting too high, but how does it cause all the benefits associated with CBD?” The presence of CBD in the body stops the breakdown of endocannabinoids (these are the cannabinoids the body naturally produces, remember?), which help the EC system work to achieve homeostasis. CBD also binds to other receptors in the body, ones that are associated with anxiety, depression, appetite, sleep, pain perception, nausea, and anti-inflammation. Either by enhancing or decreasing the way those receptors are activated, CBD works to have a positive effect on those receptors, and in turn, our physiological well-being.

This is a very brief and broad explanation about how CBD works within the human body. If you’re interested in learning more, please visit some of the links below. There is a lot to learn!

An Introduction to the Endocannabinoid System

The Endocannabinoid System and Pharmacotherapy

What is the Endocannabinoid System?

Beginner’s Guide to the Endocannabinoid System