If you’ve been looking for different ways to add CBD to your health routine, we’ve got a great new option for you! Why not incorporate CBD into the very foods you’re already eating with our cooking oil?

Coconut oil has received a lot of attention for its great health properties, such as supporting the immune and digestive systems, providing antioxidants, and many others. It could be the case that you’re already cooking with coconut oil, and that’s great. We realized that combining CBD and coconut oil was a convenient way you could get both the benefits of CBD and coconut oil at once, right as you’re cooking and baking. This way you can get CBD without having to add another step to your daily routine. You have to eat, right?

Our Coconut Oil + Phytocannabinoid Rich Hemp Oil can be used in place of butter and oil in most recipes. There’s no need to refrigerate, it has a very stable and long shelf life. If you like, you can freeze single portions in an ice cube tray and then store them in an airtight container for pre-measured serving sizes to toss in the pan when you’re ready to use them.

We have experimented with a few recipes and these are our favorites so far. Give them a try or get creative!

How CBD affects the endocannabinoid system.

CBD is becoming a commonly used term, and that’s a good thing! And while people may be familiar with the effects CBD, the science of how CBD interacts with the human body is a much more complex topic that many don’t understand.

Part of that is because the amount of research on CBD and the human body is very preliminary. Although a search on PubMed for the term “cannabinoid” yields 21,250 hits (and that may seem like a lot), scientists are calling for more extensive, wider-range, large-scale studies. One of the biggest barriers to research in the U.S. is the FDA’s classification of cannabis as a Schedule 1 substance, deeming it to have no medicinal value. This makes access to this plant for a federally approved study very difficult.

Regardless of these issues, the international scientific community has made significant discoveries with respect to the human body and how it interacts with cannabis. One of the most important discoveries came to light in the 90s- the existence of a physiological system present in humans (and mammals) called the endocannabinoid system. From now on we will refer to it as the EC system, just to shorten it.

The two primary receptors in this system (that have been discovered so far) are CB1 and CB2. CB1 receptors are mostly found in the brain and nervous system, while CB2 is more present in the immune system. Both receptors are present at intersections of the body’s systems, which may point to how CBD and THC can have so many different effects on the body. THC, the psychoactive compound in cannabis, binds to CB1 receptors, and is that is the mechanism through which a user gets the “high” feeling from cannabis.

So, how does CBD work with these receptors? It’s a bit more nuanced than the direct way THC connects to CB1 receptors. CBD actually does not bind to either receptor. CBD prevents the activation of the CB1 and CB2 receptors by other cannabinoids and endocannabinoids. That is why CBD can help mitigate the effects of THC on the body.

At this point, you might be thinking, “well ok, CBD can stop someone from getting too high, but how does it cause all the benefits associated with CBD?” The presence of CBD in the body stops the breakdown of endocannabinoids (these are the cannabinoids the body naturally produces, remember?), which help the EC system work to achieve homeostasis. CBD also binds to other receptors in the body, ones that are associated with anxiety, depression, appetite, sleep, pain perception, nausea, and anti-inflammation. Either by enhancing or decreasing the way those receptors are activated, CBD works to have a positive effect on those receptors, and in turn, our physiological well-being.

This is a very brief and broad explanation about how CBD works within the human body. If you’re interested in learning more, please visit some of the links below. There is a lot to learn!

An Introduction to the Endocannabinoid System

The Endocannabinoid System and Pharmacotherapy

What is the Endocannabinoid System?

Beginner’s Guide to the Endocannabinoid System

The market is flooded with CBD companies right now. There are so many companies these days selling CBD in all different kinds of forms: oils, tinctures, salves and balms, edibles, crystals and powders.

In an unregulated market like the CBD industry, there are no regulations with respect to the production and labeling of CBD products, it falls on us as a company to be as transparent as possible to build trust with our customers.

That starts with knowing your terms, and some of the most important terms to understand are full-spectrum and isolate.

CBD isolate, on the other hand, is just istolated strain CBD, separated from the other cannabinoids typically found in the hemp plant. Most companies use CBD isolates for cost savings.

Not Delta Botanicals. We pride ourselves in using full spectrum hemp. In our unique process, our chemists remove all residual traces of THC. That means you receive the effects of the full plant (including CBD, CBG, CBN, and beneficial terpenes) without any detectable trace of THC.

I hear you asking, “Is there a difference between the two? Wouldn’t CBD isolate be better, since it’s just CBD?”

You might think so, but check this out—the Lautenberg Center for General Tumor Immunology in Jerusalem conducted a study that examined the effectiveness of CBD isolate versus full-spectrum CBD extract. They concluded that CBD isolate yields a bell-curve of effectiveness (it becomes less effective after a certain point) while full-spectrum CBD continued to be effective in providing pain relief with an increase in dosage.

All of the tests performed for this study indicate that CBD isolate is limited in effect, while full-spectrum CBD provides more relief as the dosage goes up.

Beyond that, the study found that full-spectrum CBD extract has qualities that can aid in pain relief that aren’t found in common anti-inflammatory drugs. You can read more about the study, its methods, and results here.

Using a full-spectrum CBD extract allows for what scientists refer to as the “entourage effect”. This means that CBD works more effectively in the presence of the many other cannabinoids found in cannabis. And that’s why we elect to only use full-spectrum CBD oil for our products! 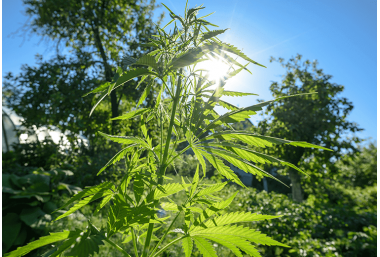 Read here for the latest research and news on Cannabidiol (CBD).

We at Delta Botanicals strongly believe in the importance of educating the public about Cannabidiol, CBD. In fact, it’s a central part of our company mission.

When people learn about CBD and experience its effects, they become ambassadors of CBD, sharing what they’ve learned and felt with their friends and family. Then those people educate themselves and in turn, also become supporters. It’s through education that we will be able to turn CBD into a household term, one as common as aspirin.

Our goal in this blog is to provide you, our valued customer, with educational material and the latest news about Cannabidiol. That will include scientific research and developments, updates on the domestic hemp agricultural movement, legislation regarding CBD and cannabis, and any new and noteworthy information we think would benefit your understanding of our product and the growing cannabis industry in the U.S.

Over the next few weeks, we will be tackling topics such as

While we are not permitted by the FDA to make claims as to what our full-spectrum, O-THC, CBD oil can do, we will point you to 3rd party articles and research illustrating the potential Cannabidiol has to make a significant impact on your personal health and wellness. 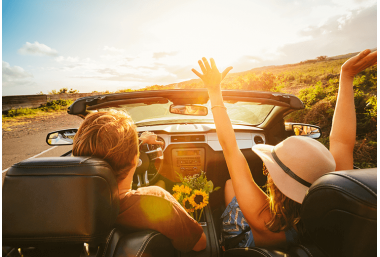